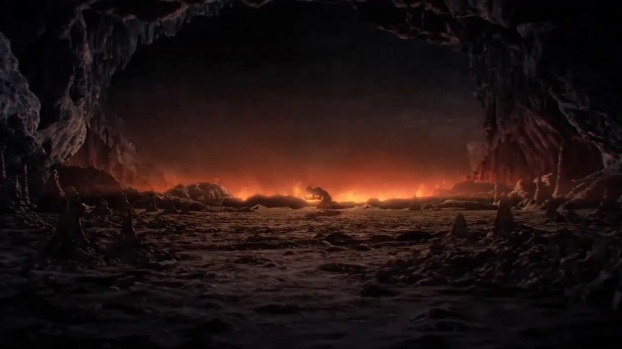 Screw winter.  Dark Souls is coming.  The "sequel" to one of the most difficult games of this console generation has gone gold, and it's coming for you.  From Software crafted a truly diabolical game in 2009's Demon's Souls, and they're back at the helm for this menacing spiritual successor.   How vicious are the makers of Dark Souls?  Word on the webs is that some Japanese gamers have acquired the game before the scheduled September 22nd release date.  The developer's solution?  Invade these players' online games with high level Black Phantoms.  And by high level, I mean 99's across all stats.  From Software doesn't mess around with a ban hammer.  They have a damn kill hammer.

Dark Souls is scheduled to hit the States in early October.  So you've been warned, all you people with "connections," (friends and family of Gamestop employees).  Speaking of stateside news, today NamcoBandai announced that Dark Souls has been cleared for production on the Xbox 360 and PlayStation 3. They even added in a little nugget of story for us to dwell on:

Stricken by the curse of undead, gamers are abolished to the northern realms and must battle hideous demons and unimaginable monsters to collect souls and find the Eternal Flame of Life, which is losing its light, to survive and cure the curse of undead.

So... are we zombies?  I don't know, but I doubt it.  Maybe the full video prologue will shed a little light on the situation:

Holy- What the hell was that?  I mean, I know it was awesome, but what the hell was that?  Did I see a giant skeleton made up of other skeletons?  It there some sort of pygmy I'm supposed to be worried about?  Did she use the word "miasma?"  Wow.  I feel like Aziz Ansari in a Cold Stone Creamery.  Oh, and let's not forget this: Yup.  That's happening.  Deal with it.  If you want to try to sift through all this delightful nonsense you can check out our Dark Souls E3 preview.  The NamcoBandai press release was kind enough to remind us that if you pre-order Dark Souls, you automatically get upgraded to the sweet Collector's Edition.  Here's a handy Amazon link that will net you the Dark Souls CE, and help support Co-Optimus!

Dark Souls is scheduled for an October 4th release for the Xbox 360 and PlayStation 3.  The game will definitely support three player online co-op, and there's even a fourth player possibility we covered in our preview.   As soon as we know the co-op specifics we'll be sure to share them with you.