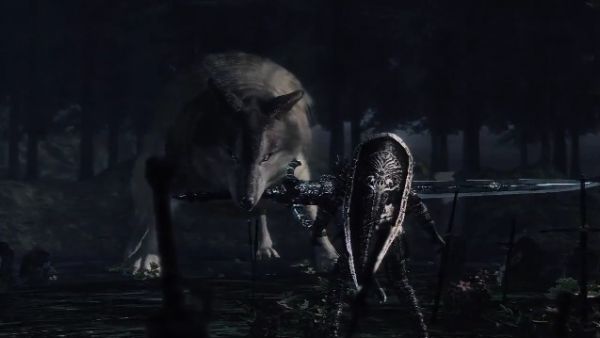 Wal-Mart just ordered a million shirts with this image emblazoned upon them.  The latest trailer for Dark Souls is the most bad-ass thing I've seen all day.  And my life screams "bad-ass."  Apparently someone brought a giant wolf to a giant knife fight, and then blasted some Silent Comedy to set the mood.  "Bartholomew" is a lovely song for a good old fashioned mauling.  A crap-ton of other bosses are on display as well.  Bask in the awesomeness that is this trailer, and prepare to die.

Dark Souls will invade the Xbox 360 and the PlayStation 3 on October 4th.  It will support three player online co-op, and you're going to need it.