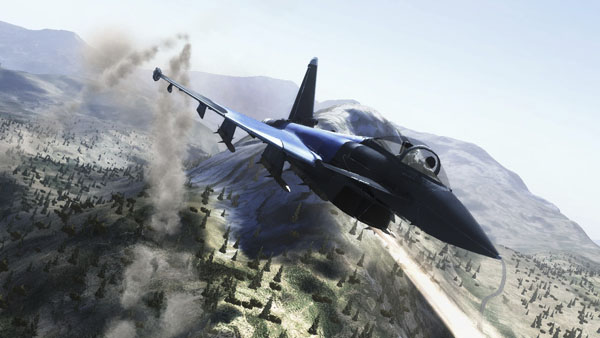 PC gamers might remember the Jane's series of flight simulator games.  Started in 1996 and published by Electronic Arts with Jane's Advanced Tactical Fighters, the realistic flight simulators had each game focusing on an interesting aircraft or type of aircraft.  My personal favorite was Jane's Longbow 2 which focused on the aircraft of the same name.  The name of the series may seem odd to some, but it comes from the Jane's Information Group, a group founded in the 19th century focused on sketching realistic models of ships.

The last Jane's game we saw was in 2002 on the PC, but there's good news.  A new Jane's game is on the horizon, it's called Jane's Advanced Strike Fighters, which is set to be released this week on the Xbox 360, PlayStation 3 and PC.

Though the game is not published by EA, it is an officially licensed Jane's product.  The game is being developed by Evolved Games, who most recently created the co-op game Raven Squad.

Sadly for fans of the series, it looks like the game might have gone the more arcade route instead of the hardcore flight simulator path.  The good news is the game supports four players in online co-op throughout the entire campaign.  Players can choose from up to 30 modern day aircraft including the F-22A Raptor, F-35 Lightning II, and the PAK-5A in missions that spans the fictional country of Azbaristan.

Jane's Advance Strike Fighters is out on September 27th for $49.99.