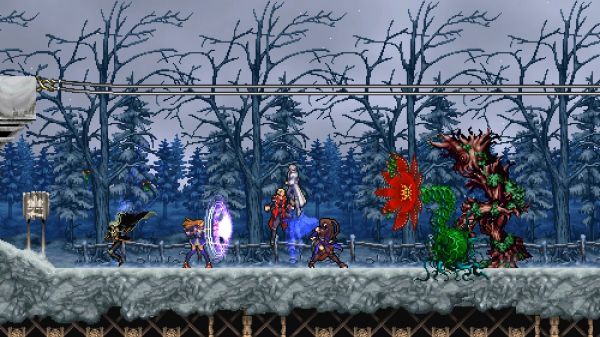 Hi folks!  This week we have some niche games hitting the store shelves, along with a great downloadable co-op re-imaging of the Castlevania franchise.  It's a rather slow week for co-op launch titles.  This will let you catch up on the early glut of September games.  Consider this the eye of the fall gaming storm because October is almost here.

Cabela's Big Game Hunter 2012 (360, PS3, Wii)  When you're not fist-fighting bears, you can hit up the shooting gallery with your friends.  Oh.  Apparently you will be shooting the bears.  That makes sense.  4 player local co-op

Jane's Advance Strike Fighters (360, PS3, PC) The latest edition in the Jane series may be adopting new arcade mechanics, but at least you can play the whole campaign co-operatively.  4 player online co-op

Here's a list of the other titles coming out this week.  If we missed something, be sure to let us know in the comments section!