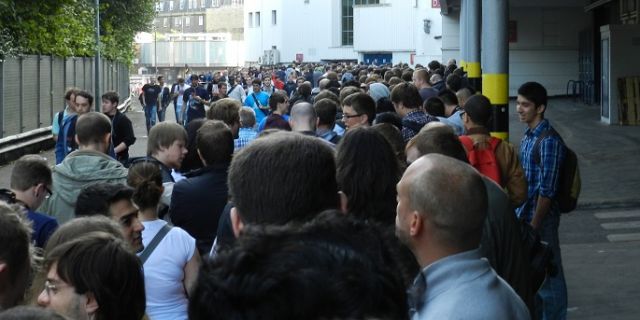 The Eurogamer Expo 2011 was so packed with co-op titles that Co-Optimus had to separate the preview into three news items!  Part 2 sticks with the ‘mature’ theme and looks at Inversion, Saints Row: The Third and Starhawk. Inversion and a tuna sandwich, does life get much better?

Of all the games on show at Eurogamer Expo 2011, Inversion was perhaps the one I knew least about.  What type of game would it be?  A two player buddy shooter like Army of Two?  Or perhaps a physic based puzzle shooter like Lucasarts' ill-fated Fracture?  It turned out to be an ultra-gory mix of both those games, with more than a small dollop of Gears for good measure.

The mission I played opened on a green/brown landscape similar to the first Gears game.  You play as one of two wise cracking heroes who it appears must shoot everything in sight.  I was expecting a game that would be part gunplay, but also part physics based.  I was able to use some of the physics mechanics – one type made the enemies float into the air; the other flattened them to make easy targets.  There were also several environment based traps I could use; collapse a bridge or unchain a vehicle.

The physics of the game certainly proved a unique element when compared to the smorgasbord of third person shooters already out.  Therefore, it was a shame that the game appeared to be more interested in visceral action and gore, than science.  The physics appeared to be another way of ripping you enemies to shreds.  Limbs, heads and bodily fluids began to serenely float around the gaming area – Namco are certainly planning to put the sick into physicks.

The game should be good fun in co-op, but will probably provide a level of entertainment below the likes of Army of Two: The 40th Day.  I’m increasingly jaded by developers adding gore in a game for gore's sake.  An intelligent physics based shooter is looking like it may be undone by Saber Interactive’s determination to play to the ‘mature’ gamer crowd.

They have yet to turn my opinion of the game on its head. *I'm here all week, try the veal*