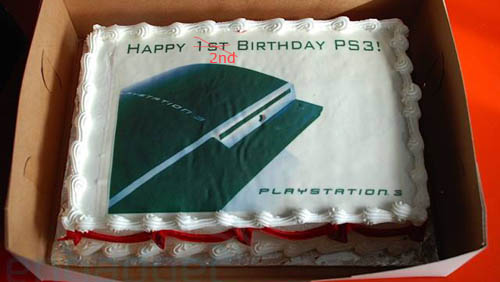 And while the PlayStation 3 has two solid years under it's belt I can't help but feel something is missing.  There's really no standout co-op title on the platform.  Sure Resistance 2 sports an 8 player co-op mode, but it's not all it's cracked up to be.  LittleBigPlanet is fun for a bit, but that true co-op experience a lot of us crave simply isn't there.  There's plenty of cross platform offerings, but Sony itself falls short.

When you put Sony's first party titles up against games like Gears of War 1 and 2, Halo 3, Crackdown, and even Too Human, there's no comparison.  And lets not even go into the endless list of cooperative titles on Xbox Live. The PlayStation Network offers a third of that.

There's something else the Xbox 360 has that Sony doesn't, and that's community.  I think there's something to be said about Sony's lack of an included headset with the PlayStation 3.  Online games are an exercise in frustration as you try to communicate with teammates making awkward gestures with your in game character.  There's no personality.  And despite the lack of maturity with a lot of folks on Xbox Live, I've had just as many excellent matches with perfect strangers as I've had unpleasant ones.

It's not all bad in Sony world, I'll give the folks there plenty of credit as their interface and network have come a long way.  Just now as we finally have an in game XMB, we'll soon have the experience extended to the web.  I just hope Sony can begin to recognize the community.  I'd love to see events on the PS3, promotions, giveaways, anything.  With 14 million people there's plenty there to build on.