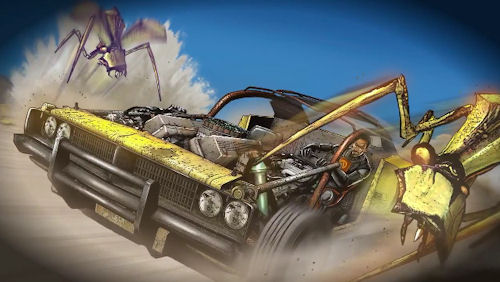 Renegade Ops is already out on Xbox Live Arcade and the PlayStation Network, but the PC version remains to be seen.  We really enjoyed the game so there's good reason to be jealous if you've been anxiously awaiting the Avalanche Studio developed title for your precious computer.  Don't worry little sparrow, I've got good news.

A release date has been announced for Renegade Ops, with the title being available on Steam on October 14th for $15.  You can also snag a co-op four pack from Steam for just $30 - basically netting you two free copies of the game!  Like the console versions Renegade Ops supports two player split screen or four player online co-op play.

If you do pre-order the game on Steam you can get yourself a sweet piece of content for the title.  Gordon Freeman's buggy from Half-Life 2 is a drivable vehicle which has a special attack that launches ant lions.

General Bryant is going to be really happy to welcome Gordon to the Renegades.