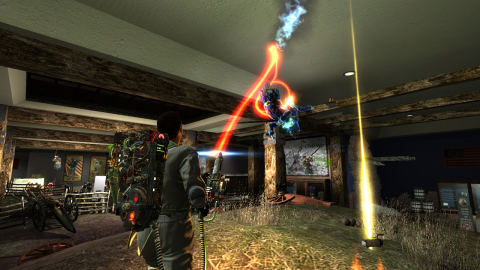 Dan Aykroyd told a Dallas radio station this morning that the upcoming co-op friendly Ghostbusters game has been picked up by Atari (just recently wholly bought by Infogrames) and will be released in 2009.  Although there is no official word from the developers or the supposed publisher, chances are good that Aykroyd isn't making this up.

The only sad news is that it is coming in 2009,  when it seemed to be pretty much done after Activision Blizzard decided not to pick it up.  This fall is busy enough, so I suppose it's not all bad.  Anyway, I ain't afraid of no ghosts.