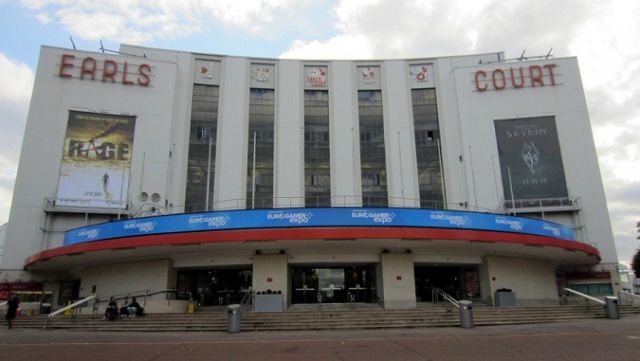 After visiting the over 18 section of the Eurogamer Expo 2011, it was nice to get out and play something that did not require me removing limbs in a violent fashion.  The best co-op games do not have to be violent, as Rayman Origins and Ratchet and Clank: All 4 One proved. Proof I was there in photo form (or is it?)

Like Kirby’s Epic Yarn in 2010, it has been left to the more family friendly games to be my co-op surprise of the year.  Rayman Origins is a classic style co-op game bundled up in fabulous HD graphics.  A 4 player side scrolling platformer, its simple façade hides a complex game.

During the Expo I was able to play through three separate levels and get to grips with this surprisingly challenging game.  The 4 players are on screen at once and must work with some semblance of cohesion if they plan to get anywhere.  The demo had active friendly collision (I was unable to find out whether there is an option to turn this off); meaning that when you attacked enemies as a group, you often ended up clobbering one another; a great laugh, but not great for completing the levels.

Rayman plays like last year's New Super Mario Bros Wii, in that you complete levels together and once you die a co-op partner can ‘pop’ the balloon you are in to return you to the fray.  Like Mario, Rayman is more of a challenge than its Day-Glo colors would suggest.  As an old school platforming fan the game came as second nature to me, but my co-op partners found things a little more difficult.  Good timing was needed to get past the various traps etc and this may prove difficult for younger gamers.  However, having recently played with my 5 year old nephew, I am no longer surprised how quickly they can start to master a game.

Rayman Origins is great local co-op as local co-op should be – feisty and fun.  Co-op is always more entertaining when you want to strangle your co-op pals as much as help them!