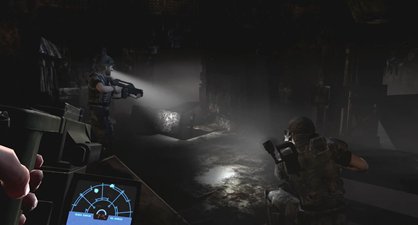 The rumor mill is ripe with co-op promise once again, and Aliens: Colonial Marines is next on the roster. After many previous rumors of it's cancellation, Aliens: Colonial Marines has made a minor news appearance. According to Sega Nerds, UK magazine Powerstation will be featuring a preview of the alleged Co-op title in next months issue of the magazine.

No word yet whether or not we have a misprint, or a bizarre prank, and we won't really know for sure until April 23rd. We haven't heard much on the official side of things from Sega, but it's understood the Aliens: Colonial Marines release will be pushed back until at least next year.