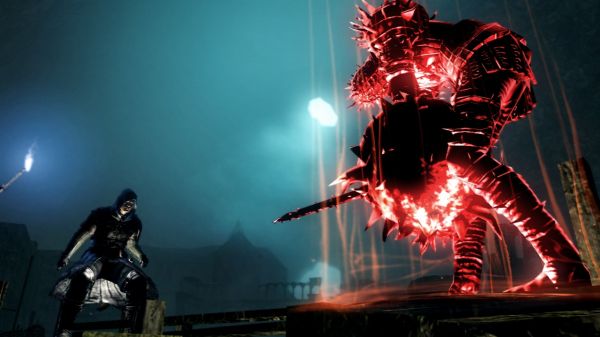 October is here, as are a ton of new games.  This week we've got a wrestling title for the Kinect, an FPS set in a gorgeous wasteland, and the second entry in one of this generation's most punishing (and rewarding) franchises.

Hulk Hogan's Main Event (360)  This Kinect title allows you to release your inner Hulkamaniac all over your living room.  Supply your own pre-torn t-shirts. (2 player local co-op)

RAGE (PC,360,PS3)  The beautiful post-apocalyptic shooter from id Software looks to be steeped in the company's FPS roots.  We'll have a Co-Op Review up soon. (2 player local or online co-op)

Dark Souls (360,PS3) This hardcore action RPG is the abusive successor to Demon's Souls.  Our review should be up in a timely fashion.  (3 player online co-op)

Here's the rest of this week's new releases.  It's going to be a big October.  If we missed something, be sure to add it in the comments section.