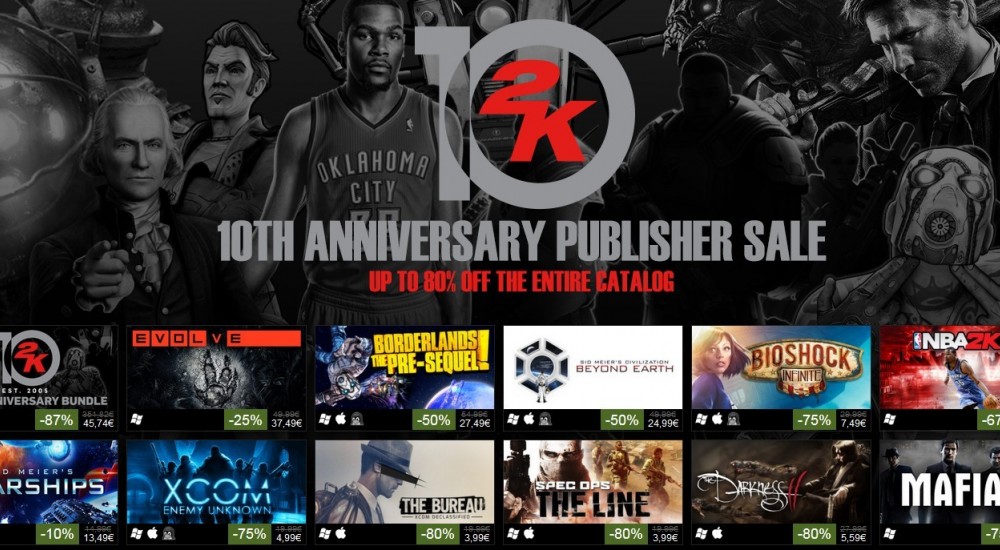 Publisher 2K Games has been pretty good to us co-op gamers over the years. That's why Steam has a special 2K 10th Anniversary Publisher Sale going on right now including many of their best titles! Grab your buddies and pick up some great deals on a huge bundle of fantastic co-op titles.

Some of our personal favorite 2K co-op titles over the last couple of years are being featured here, such as Borderlands 2 and Civilization V. Even the more recent Evolve is available, though the discounted price isn't (understandably) not that low considering its February release. Still, we have a ton of co-op games to choose from. The offers end on Monday, March 23rd, so be sure to take advantage of them while you can:

Furthermore, There's even a special bundle that contains many of these titles for small price, considering the shear amount of content contained within. You can grab all 21 of these games (not all include co-op) with an 87% off the total value for only $49.99! Other non-co-op games (yet amazing) are available to choose from too, so be sure to check out all the deals going on during the Steam sale!