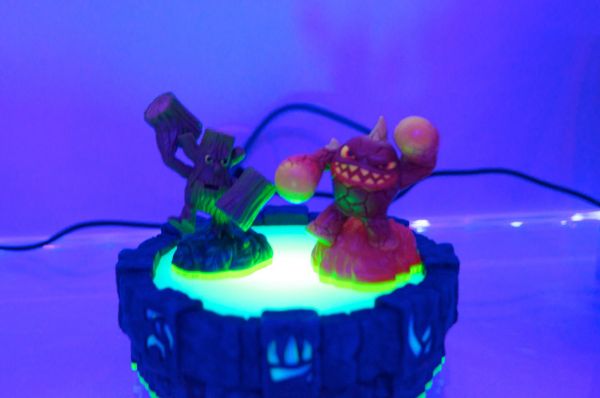 Activision has sent word that they have teamed up with toy store Toys "R" Us to launch the impressive co-op game, Skylanders: Spyro's Adventure.  We went hands on with the game at E3 and were incredibly impressed by the title, not only for it's unique technology, but for it being a fun family friendly game too.

The concept involves over 30 characters that are placed on a base station.  Once placed they'll magically appear in the game, and any action you do with your character are saved to the physical toy.  Launching a product like this at Toys "R" Us seems like a good idea.

The store is planning a roll-out of full game demos and interactive game kiosks in over 1200 retail locations across the globe.  Should be a great way to see the impressive technology in action.