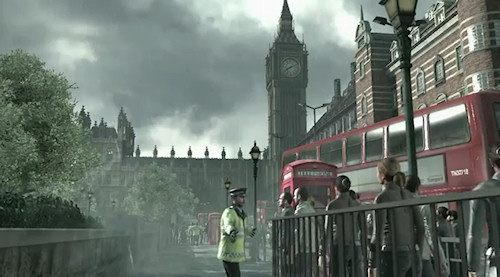 There's a new movie style trailer out for Call of Duty: Modern Warfare 3 hoping to hype you for the game.  While it doesn't show any specific footage of the game's cooperative mode, it does set the stage for the single player campaign.  Our good friend Makarov is back and he's not as insane as we might have thought.

There's plenty of sights and sounds in the trailer that look interesting - London under attack, the Eifel tower of Paris exploding, and...wait a second - is this a Michael Bay movie?  Either way we hope we see some of these missions show up in the game's Spec-Ops co-op mode when Modern Warfare 3 is released on November 8th on the Xbox 360, PlayStation 3 and PC.