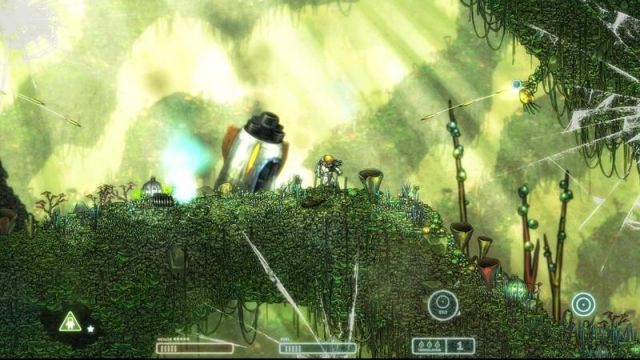 Space:  the final frontier, where many games have gone before.  Add another one to the list as the previously PC exclusive Capsized has just been announced for xbla.  The game should rocket onto Microsoft's console in December, bringing with it a 2 player co-op mode.

Capsized is a side scrolling platformer that has been out on the PC for a while.  The planned xbla version will contain all the PC content, including the story campaign mode and a local co-op mode.  There will also be a versus mode, survival mode, time trials and an armless mode.  We don't know what an armless mode is, but added features can do no 'arm can they?

Alien Trap Games have released an announcement trailer that should give you more of a feel for the game; a cross between Metal Slug and Jetman is how I see it. Both these game are bona fide classics, so let's hope Capsized can follow in their slipstream.