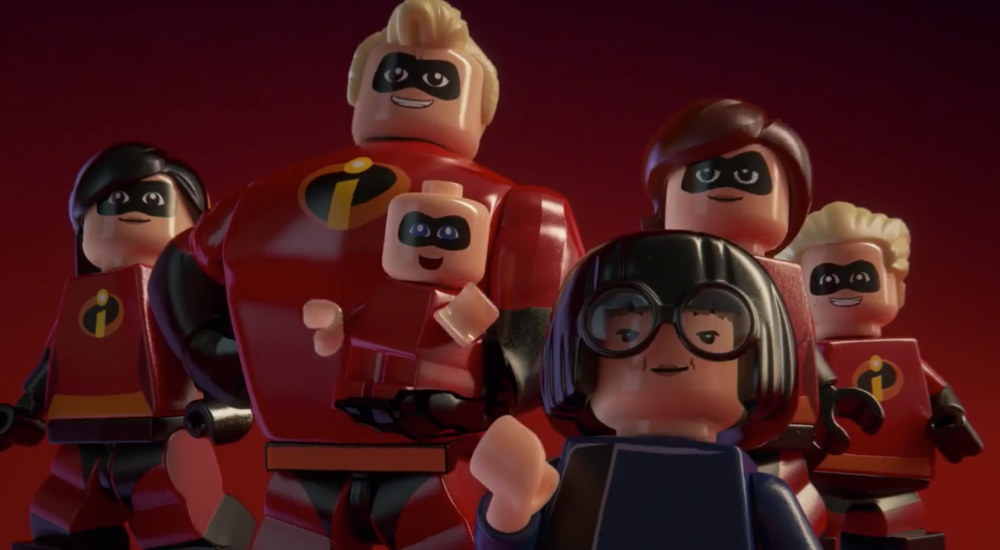 The Incredibles 2 from Disney-Pixar is set to release June 15th 2018 and, just announced this week, it will have a Lego video game releasing alongside it. LEGO: The Incredibles features both of the Incredibles movies and lets players ‘...defeat iconic Super Villains that control the city districts in an open-hub world, including Municiberg, in a brand-new exciting free-play experience.’ The game will be released on the Nintendo Switch, PS4, Xbox One and PC.

The official announcement states that the “iconic characters” from the franchise will use their unique abilities and powers to fight crime and defend the city, but they can also be modified by visiting Edna Moe, though no further info on that feature has been released. With couch Co-Op being the only aspect of gameplay confirmed we are left to assume that LEGO: The Incredibles will be like other superhero-based Lego games. In previous titles different powers change the game’s dynamics so it's likely this title will be in a similar vein. However, there has never been a Pixar-based Lego game so what cameos of other Pixar series could show up and whether or not this will be a continuing trend has yet to be seen. The announcement trailer can be found below.

Are you looking forward to The Incredibles 2, both in theaters and on your favorite gaming platform? Let us know in the comments below!