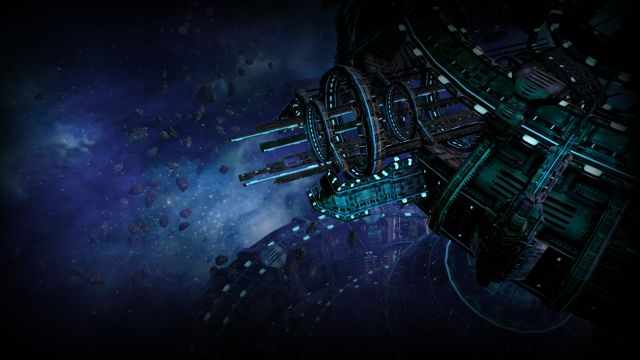 Several industry veterans have left developer Rare to form a small development house called Starfire Studios.  Their first game is an Xbox Live Arcade game called Fusion: Genesis, a title that is being published by Microsoft Game Studios.  What is it exactly and why is it so exciting?  The game is a twin stick shooter at its core set in the future, while those may be a dime a dozen on XBLA - this one does something different - it combines the action of a twin stick space shooter with several elements of MMOs.

Fusion: Genesis is said to be "always connected" with co-op players populating the world dynamically to complete dozens of missions as well as other tasks around the galaxy.  Only four players can populate a world at a time, so it's not quite so "massive" - but there's still a lot of potential for persistence.

Right now there's plans for over 100 different types of customizable ships, each upgradable via the game's leveling system.  There's even a pet system which should be familiar to MMO veterans.

Sentients act as the game's pets, little droids that follow your ship round, protecting it and fighting by your side. In keeping with the spirit of ambition that runs through Fusion: Genesis, these can be evolved and traded in Fusion: Sentient, an accompanying Windows Phone 7 game that takes on an realtime strategy template.

Right now the game doesn't have a release date, but it is an Xbox Live Arcade exclusive.  We'll be keeping an eye on this one for sure.