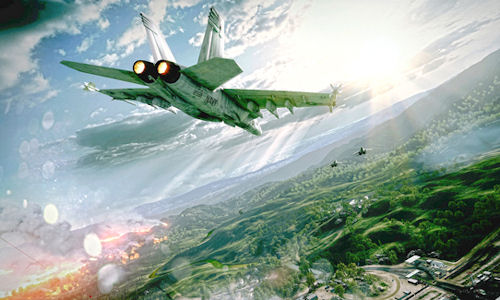 Did you stay up to the wee hours of the morning waiting to unlock Battlefield 3?  If not, now is a good time to remind you that you'll want to update your graphics drivers on your PC for the game.  Both AMD and NVIDIA have released optimized versions of their drivers for DICE's Frostbite 2 engine.  I put a solid 3 hours into the campaign last night on my PC armed with a GeForce GTX 580 on all Ultra settings and the latest drivers.  The game is drop dead gorgeous for sure and makes serious use of lighting effects with some really slick texture details.

For NVIDIA cards you're going to want the 285.62 drivers.

NVIDIA has sent along the recommended graphical settings depending on what card you are running.  Check out the handy chart below.

Want to know what the visual difference between the quality settings are?  Here's a comparison graphic. We'll have our full review of Battlefield 3 on PC as well as both consoles later this week.  Battlefield 3 features a two player online co-op mode, single player campaign and multiplayer versus.