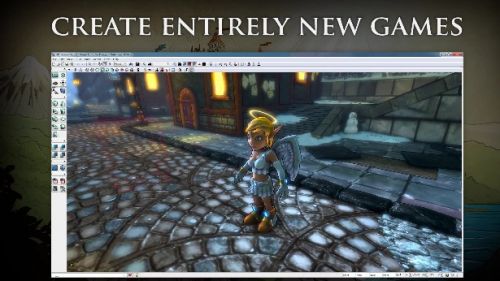 What's up modders?  I'm sure you've been busy tinkering with code for the lols, especially with all of the great games coming out.  Trendy Entertainment has some new toys for you.  You can get your hands on the Dungeon Defenders Development Kit free off of Steam right here.  You'll have access to the game's complete source code, which means something about a bomb on a train, if I'm to believe Hollywood.  If you want, you can participate in the Pre-Alpha Capture the Flag mode while you're at it.  There's a nice video explaining it all after the break.  As an added bonus, take a gander at the First Person mode sample video.

That's cool and all...  but I want assault rifles.  And Portal guns.