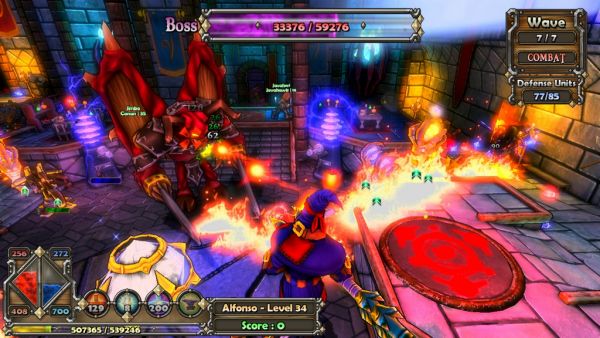 As we approach the release of the upcoming tower Defense meets RPG game, Dungeon Defenders, we're starting to learn some new information about it.  The first bit of info is the game will be released not only on Xbox Live Arcade, PlayStation Network and PC - but also on the mobile phone platforms of Android and iPhone.

These handheld versions of the game are nearly identical, utilizing the same assets of the console counterparts with only slight changes to post processing.  The game runs on the Unreal Engine and developer Trendy Entertainment credits it for this feature.

But there's even better news for those of you that pick up the Android  version - not only will it be $5 cheaper, you'll also be able to play co-op with folks that own the PC version.  This means you can mix and match players on either platform to form your four player co-op party!  Sweet!

Dungeon Defenders is still set to release this fall sometime, but no hard date has been set.