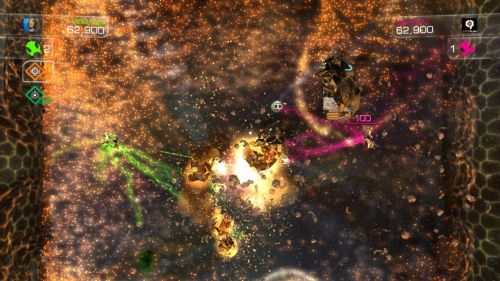 Better late than never?  Ion Assault HD, a very nice looking twin stick shooter, is coming to the PlayStation Network.  It debuted  on the Xbox LIVE Arcade over two years ago, Steam last year, and it's finally making the jump to Sony's big black box.  We liked the game back then, giving it a 4 out of 5 in our Co-Op Review.  The game will actually be called Ion Assault HD, but it will offer more than just high definition.  The PSN version will feature a new location and six extra levels.  The entire campaign can be played with a friend.  Check out the following trailer for a taste of eye candy.

Ion Assault HD will be out on the PSN on November 30th.  It supports two player local and two player online co-op.