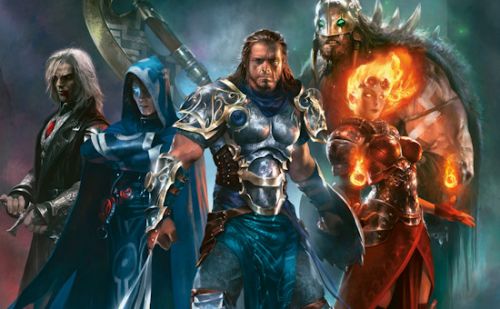 This week saw a new addition to the deck roster of Magic: The Gathering - Duels of the Planeswalkers.  The "Magic 2012 Deck Pack 1" includes two new decks: "'March to War,' a red and white deck featuring an army of brutally efficient Soldiers, and 'Ghoulkeeper,' a vile black deck featuring an unrelenting Zombie legion."  This is  the second piece of DLC for the game, following the "Ascend into Darkness" expansion that released this past September.

"Deck Pack 1" is currently available on the XBLA for 240 MSP.  I couldn't find it on the PC or PSN, but I would expect it to show up on both platforms soon.  I'd also expect it to cost around $3 bucks.  Magic: The Gathering - Duels of the Planeswalkers 2012 is out now on the Xbox 360, PlayStation 3, and PC.  It supports two player local co-op and three player online co-op.