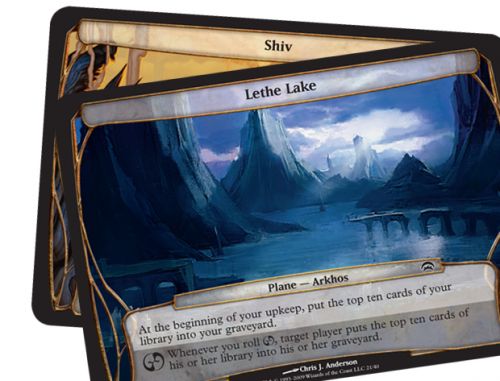 The latest Magic: the Gathering game, Duels of the Planeswalkers 2013, is due to launch sometime this summer. As such, Stainless Games and Wizards of the Coast have released a trailer touting some of the game's new features. Despite being dubbed a 'Gameplay Trailer,' it's heavy on the lackluster Flash animation first seen in 2012's intro and a bit light on actual gameplay. Still worth a watch to glimpse a few new cards though!

The big new addition in 2013 is the Planeschaser multiplayer game type, based on this year's MTG Planechase expansion. It basically involves giant Planeschase cards that modify the rules of the game between rounds. To learn more about the thought process behind Planeschase, check out this article at Wizards of the Coast.

The developers haven't announced co-op details for Magic the Gathering: Duels of the Planeswalkers 2013 just yet, but the cooperative Archenemy mode is likely ro return. We'll have more details and a proper release date soon.