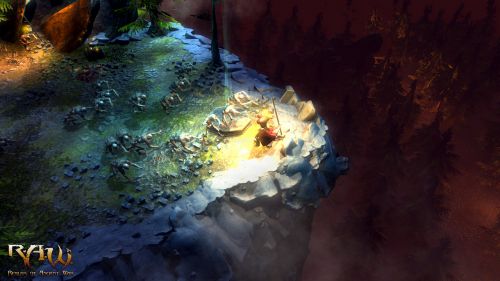 We just got four brand new screenshots from the Wizardbox developed Action/RPG called R.A.W. - Realms of Ancient War.  The two player co-op game is set to release next year on Xbox Live Arcade, PlayStation Network and PC with its own take on heroic hack and slash titles.

The game promises numerous unique enviornments for one of three characters to adventure in - The Warrior, The Sorcerer, and the Rogue.  R.A.W.'s unique feature seems to be something called incarnation.  With it you can take direct control of the body of your most powerful foes, seeding discord and destruction right at the heart of enemy armies.  At least, that's what they tell me.