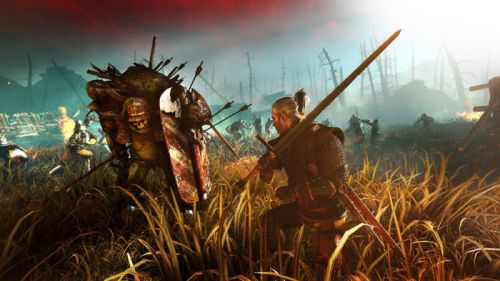 If there's one controversial topic over the past few years of games, its DRM and the methods employed to try to get customers to buy new copies of games.  Whether it's having an always on internet connection or requiring customers to enter one time use codes to access functionality -  DRM has come to the forefront of both console and PC gaming.

DRM, or digital rights management, is nothing new.  It's existed since the dawn of PC gaming when you'd have to comb through a manual to find certain words to start the game up or use a code wheel to line up some symbols to do the same.  Developers have every right to want to protect their property and sell as many copies of the game's they've worked so hard on.  The problem today with DRM is simple - it's becoming more and more obtrusive and ruining the core game experience.  It's making it difficult for the consumers who DO pay for your game to actually play it.

This here is the biggest problem.  Resources are used to try to stop people from illegally acquiring your game so that they'd be forced to pay for it - when it reality - they'd never pay for it regardless.  A pirated copy of a game does not equate to a lost sale.  In fact, the opposite may be more true - someone that does actually pirate a game may be more likely to actually buy it to support the developer and gain a more complete experience.  Just look at what Croteam has done with Serious Sam 3.  If you get the game illegally, you can still try to enjoy it for the most part - that is until - you run into the giant, invincible scorpion that haunts you around every turn.

In an interview with PC Games, CD Projekt's Marcin Iwinski lends his thoughts on DRM in games.  His company's game, The Witcher 2, was released without ANY DRM whatsoever and went on to sell over a million copies.

PCG: Can you offer any concrete numbers or percentages as far as Witcher 2 piracy goes?

MI: There are no stats available, but let’s make a quick calculation. I was checking regularly the number of concurrent downloads on torrent aggregating sites, and for the first 6-8 weeks there was around 20-30k ppl downloading it at the same time. Let’s take 20k as the average and let’s take 6 weeks. The game is 14GB, so let’s assume that on an average not-too-fast connection it will be 6 hours of download. 6 weeks is 56 days, which equals to 1344 hours; and with 6h of average download time to get the game it would give us 224 downloads, then let’s multiply it by 20k simultaneous downloaders.

The result is roughly 4.5 million illegal downloads. This is only an estimation, and I would say that’s rather on the optimistic side of things; as of today we have sold over 1M legal copies, so having only 4.5-5 illegal copies for each legal one would be not a bad ratio. The reality is probably way worse.

That emphasis is mine.  As a developer he is happy with a ratio of 5:1 of pirated copies to legit copies.  That's simply staggering when you think about it.  He goes on to say that in his 20 years in the industry he's never seen a form of DRM that didn't negatively effect the experience.  Furthermore, there's never been a form of DRM that wasn't cracked eventually.   So why even bother?

Thankfully Iwinski also is seeing a shift, like the one his company took with The Witcher 2.  Thanks to social media, user reviews and the like, when a game does have a form of intrusive DRM, it's quickly known and makes it's rounds in the news forcing that company to react.

While DRM will likely never go away, just like people illegally acquiring games will never go away, it'll be interesting to see how the industry changes and adapts in the coming years.  DRM has the potential to not only cripple a game for gamers, but cripple the industry as it drives gamers away.