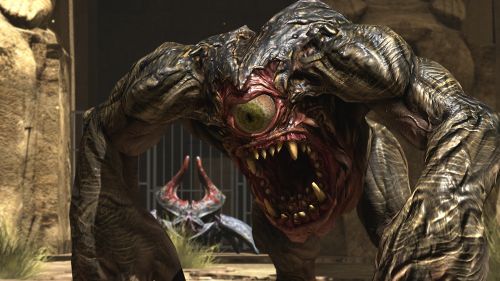 Serious Sam 3: BFE will be coming to the XBLA later this month. The old-school first person shooter was a blast on PC and supported four player local co-op and 16 player online co-op. The XBLA version will still feature plenty of co-op, but not on the same scale. According to the game's listing on the XBL Marketplace it will feature two player local co-op and four player online co-op. Not bad.

The game will also be sold in two parts. According to the Croteam's Serious Sam Twitter account, the single player/cooperative campaign will be sold for 1200 Microsoft Points ($15). The "Jewel of the Nile" DLC pack and multiplayer versus mode will be packaged separately, also for 1200 MSP. Both the game and the DLC should be available on the same day. "The Jewel of the Nile" DLC hits PC on October 16th, so we expect the XBLA version to drop at or around the same time.