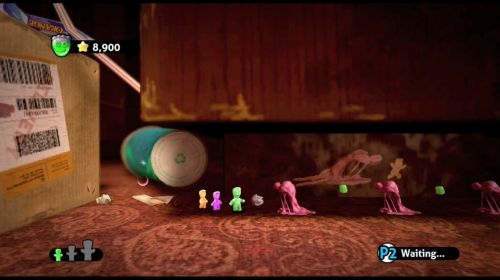 Some of our readers may be too young to remember this, but once upon a time Capcom made bunches of licensed NES platformers: Duck Tales, Little Nemo, Yo Noid, etc. And they were all really good! A short while later, somebody figured out that licensed games sold the same regardless of quality, sadly leading to modern shovelware like Thor and Captain America from Sega. Now let’s turn that frown upside down, because Capcom has actually released a very cool licensed game for PC this week: World Gone Sour… A Sour Patch Kids game. It’s a blast from the past!

What happens when you cross Pikmin with a traditional platformer? An explosion of gameplay flavor, apparently. In World Gone Sour, you play as a tiny Sour Patch Kid in the dangerous human world. On top of the slick platforming (complete with sweet wall jumps), you’ll also be rescuing your fellow candy people and using their abilities to stay on top. Throw them as weapons or combine to form a larger SPK – whatever the situation calls for.

So World Gone Sour has a strange premise and fairly creative gameplay, but maybe that’s not enough to warm your cynical heart. How about 2-player local co-op? And some pretty witty narration courtesy of Creed Bratton from TV’s The Office.  It’s everything you could want in a candy-based game, besides online play. There is even a Method Man song for some reason.

World Gone Sour is now available on PC through Capcom’s download store (but not Steam, argh). The XBLA and PSN versions are due in the first quarter of 2012.