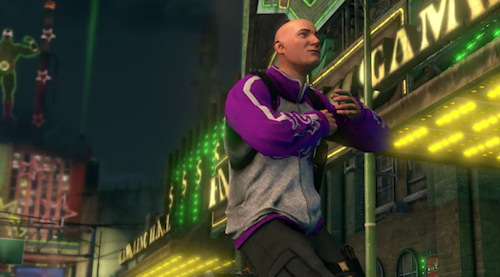 It's not often a real life homie gets to be your virtual homie in a game, but such is the case with the new Saints Row: The Third DLC coming out on January 17th.  The Cheapy D DLC will be available on all three versions of the game and will give you access to Cheap Ass Gamer's founder CheapyD.  You'll be able to call him up on your phone to join your gang of scantily clad ninjas to deal with the many gangs of the game.

Important Details:
The CheapyD Pack is free on all platforms, starting January 17th.  In order to get CheapyD, you will have had to unlock Shaundi’s Ex-boyfriend’s apartment (this comes after the assault on the armory),

PC -· Via Steam, on January 17th, the Genkibowl VII DLC + CheapyD compatibility patch will be automatically downloaded for you

After that you'll be able to virtually co-op with one of the coolest cats in the gaming industry.  Cheapy managed to score the role in Saints Row: The Third by donating $2,000 to a charity auction developer Volition was running.  I had the pleasure of being with Cheapy on a panel back in PAX Prime 2009, he's a stand up guy, despite the potty mouth he has in the trailer for the DLC.  That's right, he even has his own trailer.