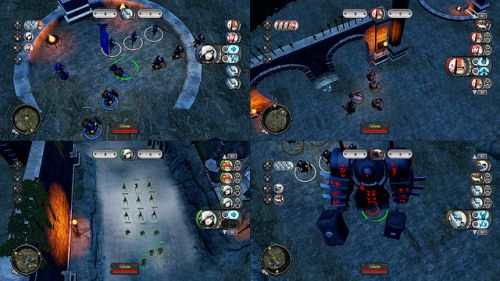 The PlayStation Network's exclusive RTS, Under Siege, has received some co-op love. Cooperative maps will now be available from the start of the game.  Also, the difficulty has been scaled down to make the game more accessible to new players.  You can see a full list of the additions and improvements after the break.

When I first read the patch notes I thought the game would now support four player online and local co-op, but I did a little digging.  I found that only one of the new maps supports co-op, and it supports only two player co-op. The four player maps are for 2v2 battles.  It does appear that four player co-op might be available in the future. (If you happen to download the patch and notice four player co-op has been somehow enabled, please drop a line in the comments section!)

Under Siege is out now on the PSN.  It supports two player local co-op as well as two player online co-op.