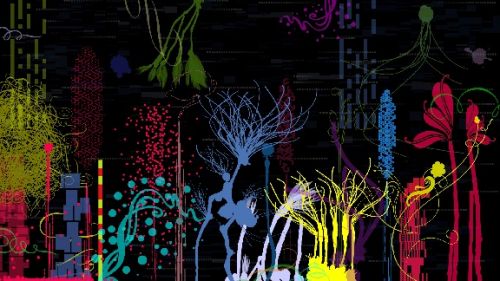 If you like you games part trippy and part hallucinogenic; you may already own PixelJunk Eden on PSN. This two player co-op title is now swinging its way from Sony over to Steam. The PC version will include the full PSN experience, but also the additional Encore content pack. The game will cost $9.99 and does not require you to don a Grimp suit (the name of the in-game heroes).

PixelJunk Eden  is a slightly disappointing co-op experience that actually detracts from the game mechanics; Co-Optimus gave the overall game a 3.5 and the co-op a 2.5. Slight tweaks have been made to the gameplay experience with in-level saves being activated and the ability to warp to your last resting position (not on the sofa, but in-game). This could go some way to improving the game.

The flaws should not detract from what is an attractively priced pack on the PC, especially as Steam is offering a 20% discount for people who buy the game early. Out sometime this week, Q-Games are also offering the 17 track PixelJunk Eden soundtrack for $5.99.