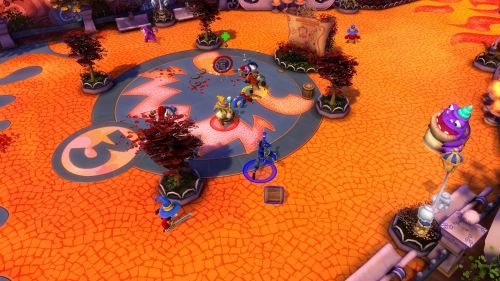 Paradox Interactive, publishers of Magicka, have announced a brand new Action/RPG for the PC.  The game is called DungeonLand and it looks like a silly take on the genre.  In it, the Evil Dungeon Master has created a nefarious theme park for our adventurers to fight their way through, collecting loot and silly hats along the way.

The trailer sets a comedic tone for the game while the overly colorful graphics seem to reinforce it.  The levels are randomized dungeons, adding replayability to the DungeonLand like that seen in the Diablo games.  The game is set to come out on the PC sometime this year with full four player online and local co-op support, plus combo co-op support for local + online.