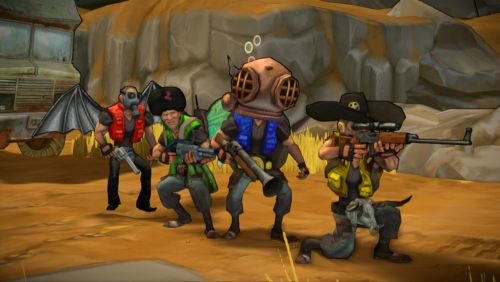 I'll make this short and sweet:  If you're willing to spend 25 bucks this week you can get two of the best co-op games of early 2012.

Birds of Steel (PS3, 360)  This WWII flight simulator boasts enjoyment for all skill levels, including simplified flying controls for beginners and more realistic sim controls for people who fancy themselves pilots, or if they don't mind constantly crashing. 4 player online co-op

Tales of Graces F (PS3)  I don't know what happened to Tales of Graces A thru E, but anything with multiple sequels has got to be good, right?  It looks like a Japanese version of Gauntlet for the younger crowd, which could be awesome.  4 player local co-op

Journey (PSN)  A cooperative adventure unlike any other.  Check out our spoiler-free Co-Op Review.  2 player online co-op

As always, we have a list of retail games coming out this week.  They're linked to Amazon for your spending pleasure