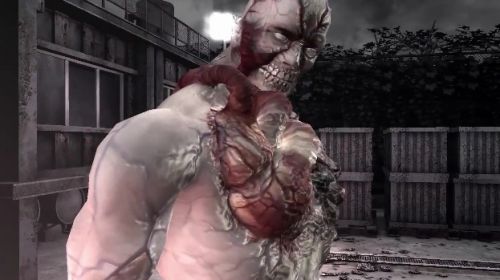 Oh good!  The PlayStation Network is getting more on-rails shooters with Move support!  They may not be for everyone, but I love this genre.  Maybe I just like shooting things without the added hassle of having to walk anywhere...

The Resident Evil Chronicles HD Collection is an HD (obviously) remake of the previous Umbrella Chronicles  and Darkside Chronicles games that originally appeared on the Wii.  Today we have a new video that showcases the marked improvement these shiny new downloadable versions have over the originals.  I missed these titles on the Wii and I don't plan on making the same mistake twice.

Resident Evil Chronicles HD Collection will be out this June via the PlayStation Store.  It will support two player local co-op.  We'll be sure to let you know when we have an exact date and price.