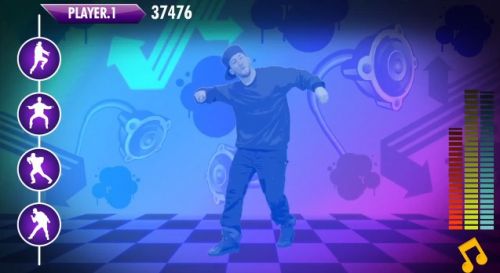 You know what you need? More Resident Evil news, that's what. Resident Evil: Chronicles HD Collection came out last week. It's an on-rails shooter that allows two local co-op players to blast through some of the early lore of the Resident Evil series. The title is an HD compilation of RE: The Umbrella Chronicles and RE: The Dark Side Chronicles, which were both good, M-rated, fun on the Wii.

To celebrate the game's launch, the Resident Evil Facebook page offered up this little gem of a trailer: The game is compatible with the PlayStation Move, and somehow Capcom knows that RE fans are really into dancing games. Check out the video. It's... something.

Yeah, that's right. You can make your own video. You know I went to Facebook and made my own trailer! Check out Rocky the Wonder Pug. I couldn't get the video to publish, but here's an awesome screen grab. Many lols were had -well, maybe just one. Okay, I smiled to myself, said "stupid" aloud, and posted it here. INTERNETTING!