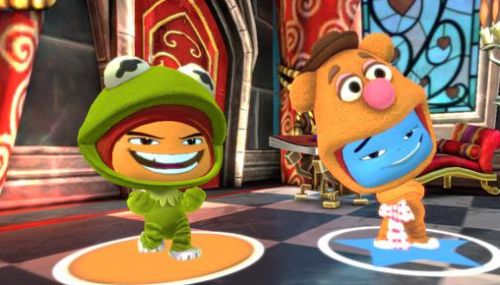 Disney Universe doesn't provide the most authentic general Disney experience on consoles - that honor goes to Kinect Disneyland Adventures, and even Kinect Rush: A Disney-Pixar Adventure, to a lesser extent. But Universe has one thing its Kinect competitors don't: loads of DLC costumes to buy. The latest batch of costumes features everyone's favorite puppet performers, The Muppets.

The Disney Universe 'Muppets Costume Pack' costs 240 Microsoft Points on Xbox 360 and $2.99 on Playstation 3. It includes the following five costumes:

Each costume can also be purchased separately for a dollar a piece, in case you don't like value.

The 'Muppets Costume Pack' joins previous costume packs, including Phineas and Ferb, The Jungle Book, Villains, and The Nightmare Before Christmas.