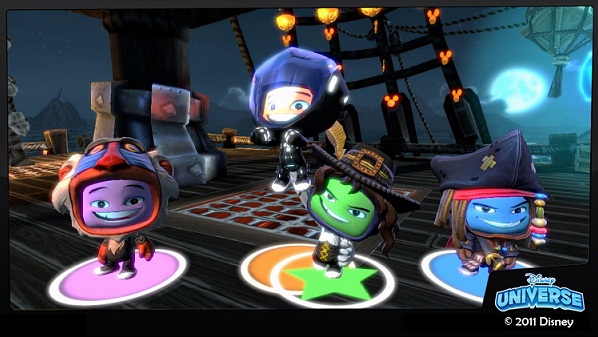 All of this Dark Souls and Rage talk  is starting to desensitize me.  Time for a little something for the children.  Ah, here we go; Disney Universe is coming to a console near you on October 25th!  This LittleBigPlanet - ahem, homage -  will feature many of your favorite Disney and Pixar characters and locations.  Four local co-op buddies will outfit their character with one of over 40 costumes, each with a "specific tool that changes and grows in power as players adventure through the game."  I smell a platformer!

The game is ripe for future content, as Disney plans to support the title with more costumes, worlds and adventures.  Pick up something for your kids while your gobbling up all those M-rated games!  Disney Universe will be out on October 25th on the Xbox 360, PlayStation 3, PC, and Wii.  It supports four player online co-op.

Holy Jeez, I found a video!