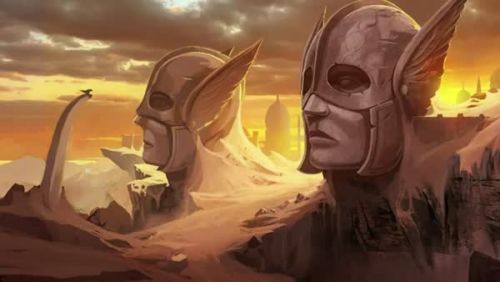 Call me a computer game geek, but I do like to look at concept art.  So much imagination and skill is put into designs that may never see the light of day, you have to appreciate the effort.  Frozenbyte Games have proven with earlier images for Trine 2 that they can create stunning art and the upcoming DLC for the game looks to be no different.  A new video highlights some of the concept art and the role it plays in creating a game.  The DLC is planned for release on XBLA, PSN and PC later in the year.

Trine 2 is a 3 player online and offline co-op title that Co-Optimus gave the hearty recommendation of 5 out of 5 - a must buy in other words.  With Frozenbyte touting their new DLC as an AAAA addition they have a lot to live up to.  I'm sure this concept art video will put your mind at rest - for it is lush!