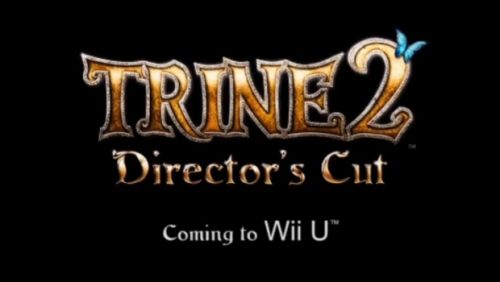 Trine 2 remains one of the best looking and most impressive co-op downloadable games, receiving the ultimate Co-Optimus accolade of 5 out of 5 when released on PC, PSN and XBLA.  With its reduced power the Wii never received the game, but with the Wii U only weeks away, fans of Nintendo systems can buy the game on launch, but also receive the added benefit of Trine 2: Director's Cut.

Not a huge amount is known about what differences the Director's Cut will have over the original, but the below trailer does give us a hint.  Firstly, the graphics are even lusher and the aspect is a little further out in places.  News has filtered through the ether that a Wii U exclusive mode will be available called 'Magic Mayhem':

Trine 2: Director’s Cut features many things that we had to cut from the original release on other platforms and a completely new user experience tailored especially for Wii U. We are also going to introduce the new “Magic Mayhem” party mode that brings the frantic multiplayer of Trine 2 into a more challenging environment where players can battle and laugh together.

Trine 2: Director's Cut will remain a 3 player co-op title, both online and offline, how the new Wii U tablet will be utilised will be forthcoming.  Until then, check out the new trailer for the game: