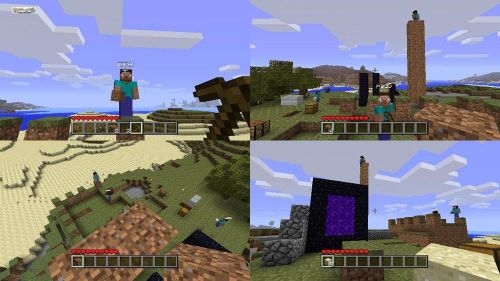 Hello friends. How's your day going? That's great. Ready for your co-op gaming release schedule? Of course you are!  Both the PS3 and Xbox 360 are launching some pretty big co-op titles this week. One focues on building things out of blocks, the other lets you drop buildings on you enemies. And that's where the similarities end. Stay tuned to Co-Optimus for our upcoming Co-Op Reviews.

Starhawk (PS3) This third person shooter is the successor to Warhawk, which was known for its fantastic multiplayer versus gameplay. While Starhawk will have plenty of PvP action, the game now includes a single player story mode and a cooperative survival mode. Plus, you can drop buildings on your enemies - from space.  2 player local co-op, 4 player online co-op, combo co-op

Minecraft: Xbox 360 Edition (360) The hugely successful PC game is coming to Xbox Live. If you can imagine it, you can build it. Team up with your friends and kiss your free time good-bye. 8 player online co-op, 4 player local co-op

The rest of the retail releases are looking pretty slim. If you see something you like, use these links below and help support Co-Optimus!