Harken back to my golden age of gaming, a time when the Sega Genesis and SuperNES were head to head in the console wars.  There was a game genre that sparked my love of co-op, one that seems to have all but disappeared.  From Altered Beast to Golden Axe, Streets of Rage to Double Dragon - the co-op beat em up games were the cream of the crop in co-op experiences.  The concept of these games was simple - partner up with a friend and punch, kick and attack everything in your path.  They were challenging, fun, and over the top; but once 3D games became popular they all but disappeared.

A beat em up game is a fighting game at it's core, but instead of simple one on one battles, players face off against a variety of enemies scrolling through different levels.  Most of these games have their roots in arcades where multiple players could team up against the computer.  One of the earliest co-op beat em up games was called Renegade which was released in 1986 on a variety of platforms including the Arcades.  The game was simple, featuring four fighting areas that players were locked into as waves of enemies were thrown at them.  It was the first game that allowed players to move not only side to side in the environment, but up and down as well. 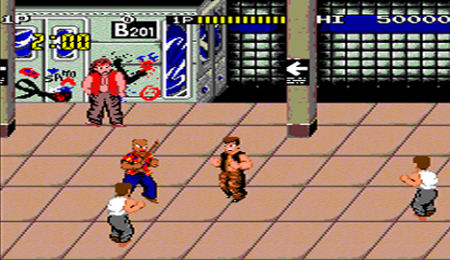 It wasn't long after Renegade was released that we saw the golden age begin to take shape.  Starting in the arcades in 1987, Double Dragon  is perhaps one of the most famous co-op brawlers of all time.  The game was ported to over 20 platforms, with the most recent being a complete remake on Xbox Live Arcade.  Starring brothers Billy and Jimmy Lee, players were on the quest to save Billy's girlfriend against the evil gangs.  Double Dragon was the first game that allowed players to not only use punches and kicks, but special moves and weapons.  Whenever a whip was dropped, it was a mad dash to pick it up. 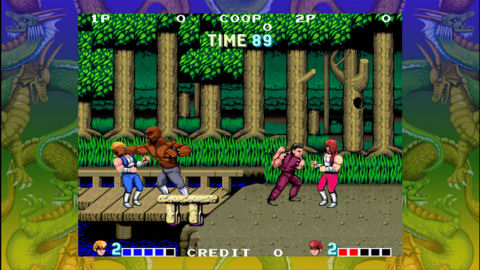