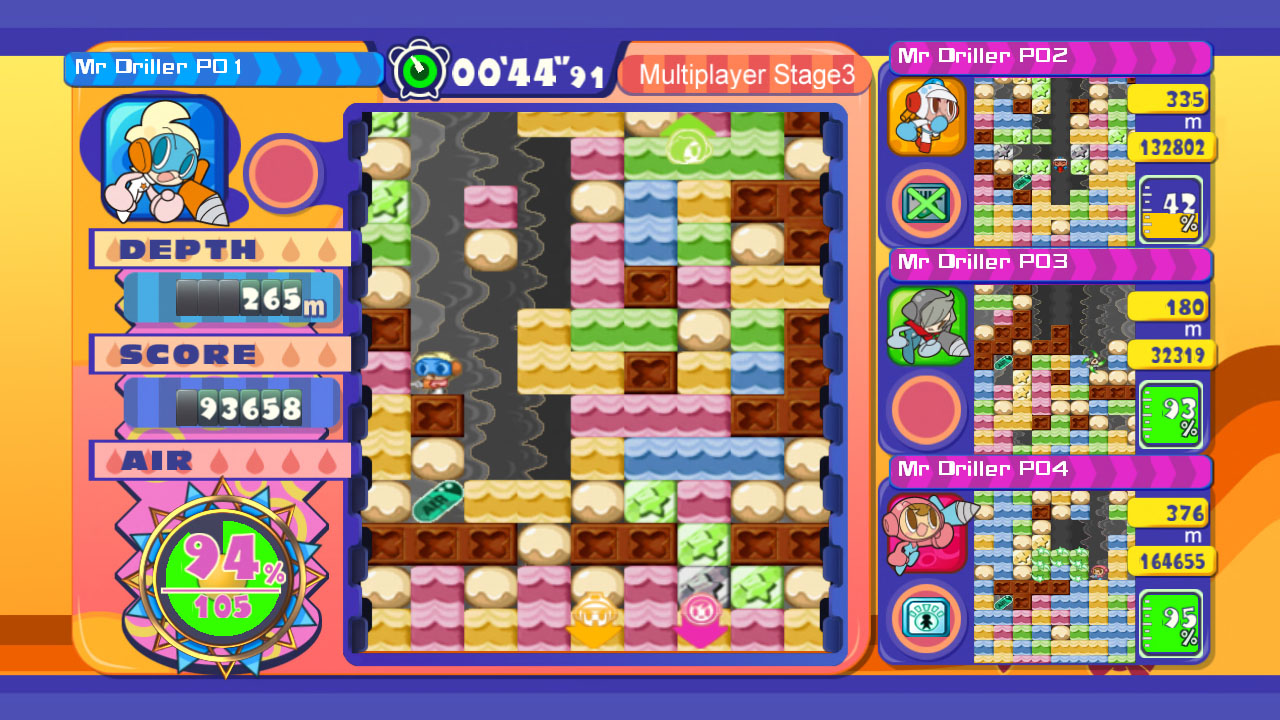 It seems that everyone's favorite adorable spelunker is making the journey online. Game Watch Impress and IGN have revealed details and screenshots of Namco's latest offering in the brightly colored Mr. Driller series, Mr. Driller Online. The game will have the requisite single player modes, including a Quest Mode, but it will also feature two on two multiplayer. That's right four drillers can battle online, tag-team style. The game is currently set for a spring release on Xbox Live Arcade in Japan. The American release date has not been set, but considering the screenshots have English text, the American version should not be far off. Fans of the series should not be worried, as the game appears to be as brightly colored and cute as ever.