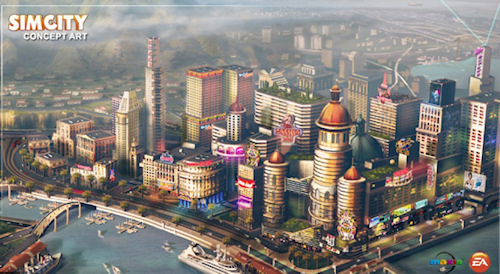 The next Sim City game will launch in early 2013, according to an Electronic Arts earnings call with investors that took place yesterday.   The publisher has now confirmed its launch for 'Q4 fiscal year 2013', which is real calendar time for January to March 2013.

The new Sim City game runs on an engine called GlassBox and hopes to take city simulations to the next level with realistic actions, reactions, and life.  The game will also feature deep social integration for cooperative play between city creators, with a rumored 16 players available in a single persistent world.