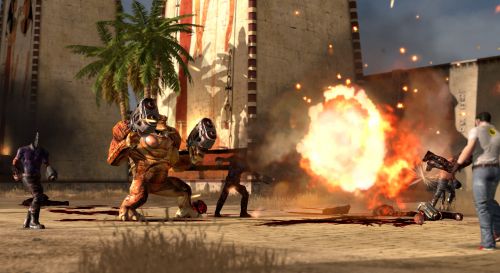 Croteam have announced that PC version of Serious Sam HD: The Second Encounter is getting new DLC on May 15th called "Legend of the Beast."   The pack of content contains something for everyone including single player, multiplayer and co-op.  In it, Sam has to defeat the ram-god of The Great Obelisk in an all-new chapter of the campaign.  Also included are:

The content will cost just $4.99 when it releases.  Sixteen player co-op is supported in the campaign or survival mode.

In addition to the DLC, if you're only interested in the game's multiplayer modes, Croteam is making them free to play via Steam on May 15th as well.  These free modes include Capture the Flag, Deathmatch, Team Deathmatch, Instant Kill, Last Man Standing, My Burden, Survival and Team Survival.  Saweeet.