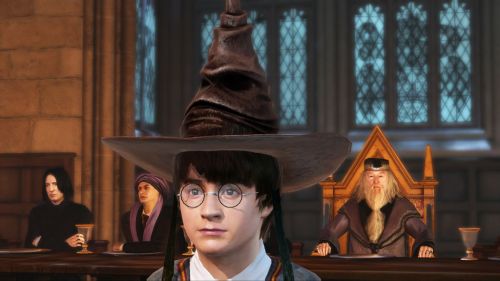 EA has held the main licensing of the Harry Potter games based off the movies for some, but Warner Bros. had its chance to make a few Harry Potter titles, such as the LEGO Harry Potters, and will be taking their shot at this latest title for Xbox 360. The game will focus on the 360’s motion-sensing magic through Kinect’s cameras, allowing gamers to cast spells through the swish and flick of the wrist and picking up magical words through voice recognition. Ever wanted to look like a wizard without dressing up like one for Halloween? This game will allow players to use the Kinect camera to scan their faces in and use them on created characters.

Like most Harry Potter titles, the game will parallel the story of the films and let players re-enact main scenes with control over Harry, Hermoine, Ron, or their personal created characters.

We have also heard that Harry Potter Kinect will feature some competitive multiplayer and co-op modes; what they will be is still up in the air. If we had to guess, wizard dueling would be an interesting, yet fun competitive mode to see, or even full blown Quidditch matches held outside of Hogwards castle would be killer. Harry Potter fans will just have to wait and see what will come of it this fall.