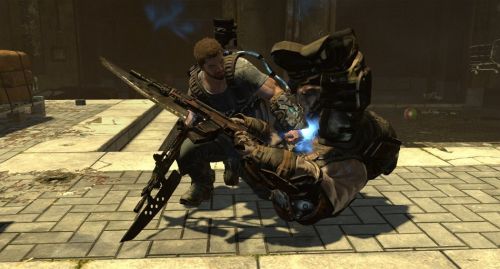 Whoa! It's E3 week! If you're a summer game, it's a good time to keep you head down and avoid the fray. The publishers of these titles decided to launch during the biggest gaming event of the year. They've either got brass balls or nothing left to lose.

Inversion (360,PS3) The game that let's you play with gravity is hitting store shelves this week. Do I see a sleeper hit? DO I? 2 player local co-op, 2 player online co-op

Sins of a Solar Empire: Rebellion (PC) I've heard it can take days to beat a single level of this game. Then I started thinking about something else. According to my math, this expansion will add years to the game's life while simultaneously sucking them from yours. 4 player online co-op

If you know of any other titles launching this week, please, add them in the comments section. I'm off to E3!