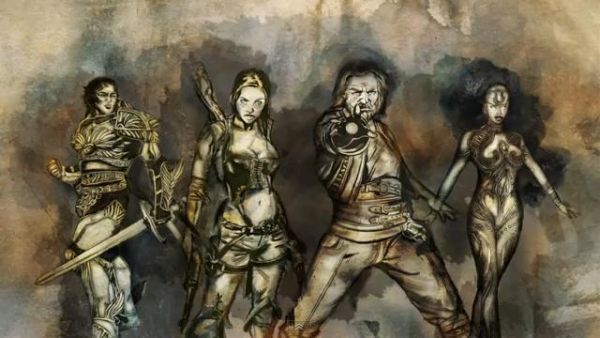 Holy Cow!  We missed two weeks of Co-Op Release Alerts.  We're sure that your wallets are absolutely bristling with money, since we haven't been there to tell you which co-op games are available.  Without these weekly notifications you may have missed out on games like Green Lantern: Rise of the Manhunters, Men of War: Vietnam, Operation Flashpoint: Red River, Red Faction: Armageddon, Magic: The Gathering - Duels of the Planeswalkers 2012, and The Adventures of Shuggy.  Wow.  Looks like a lot of stuff came out while some of us were absorbed with E3.  Luckily, the rest of the Co-Optimus staff was on the ball and delivered awesome co-op reviews for Lantern, Red Faction, and Magic.  We even have an Op Flashpoint cooperative review coming soon!

So what's in store this week?  We have a duo of threequels, and a fine game from Double Fine.  Read on to see what the heck we're talking about.

Dungeon Siege 3 (360, PS3, PC) This is a highly anticipated co-op dungeon crawler.  Obsidian made some interesting decisions with the co-op.  We'll see how it all plays out in our upcoming review.  2 player local co-op, 4 player online co-op

TRENCHED! (XBLA) This is another great offering form Double Fine, the studio which has brought us games like Psychonauts and Brutal Legend.  The reason we know it's great is because we've already played it and gave it a 4.5 out of 5 in our Co-Op Review.  4 player online co-op

Here's what else is coming out this week.   Buy'em or Google'em.

As always, if we missed your favorite game, please mention it in the comments section.