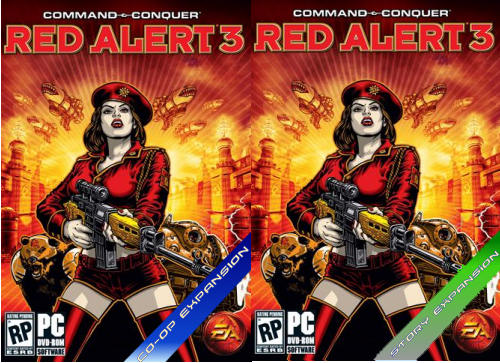 That's the question EA wants to know.  While nothing is set in stone yet, EA is toiling with the idea of having seperate expansions for the game that are specific to what a player wants. The idea came up for the recently released Red Alert 3, and looks like it could actually happen.  Examples of this would be a single player story expansion, or a multiplayer map pack expansion, or even a co-op expansion.

Producer and C&C TV presenter David Silverman has gone on record stating that this model of expansion would "be a little bit more nimble and help address the demand from the fans faster."

Sounds good to me, I'm all for co-op expansions!  Frankly, standard vs. multiplayer has bored me lately.