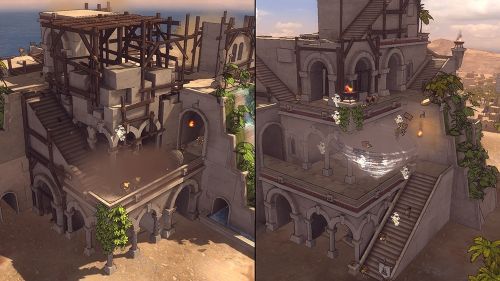 The avalanche of E3 is still echoing in my ears. I've got several previews to write, so let's skip the small talk and get right to the hot n' heavy co-op releases for this week.

The Adventures of Shuggy (PC) This game got no love, NO LOVE, on the XBLA, despite good reviews. Now's your chance to try it out on Steam. I took the liberty of checking with the developer, and yes, the PC version will still support co-op play. 2 player local co-op

Babel Rising (XBLA,PSN) In this game you take on the roll of God (or a god, if that makes you more comfortable) and destroy puny humans with your  divine (motion controlled) powers. Silly Babylonians. They should have stuck to gardening. 2 player local co-op

Here's a list of the retail games available on Amazon.com this week. Hit us up in the comments section if we missed something.