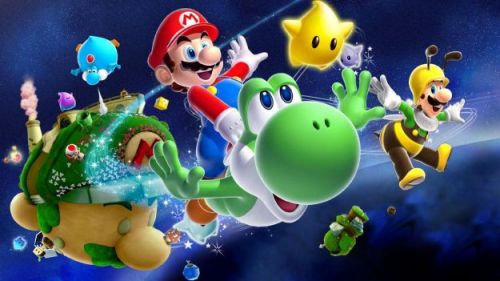 Many players like shaking things up with Nintendo games. Much like Super Smash Bros. Brawl’s own Project M, the WiiBrew community has developed a mod for Super Mario Galaxy 2 that has added a sweet co-op mode to this 3D Mario title.

Nintendo must have forgotten what the fans want in a video game, because modding has been a pretty big thing for the gaming community over the last few years. There are very talented individuals out there to make our video game dreams come true with or without Nintendo’s help to make it so; Super Mario Galaxy 2 is no different. With that,  the game has been modded to support a split-screen co-op mode to allow 2 players to play as both Mario and Luigi in 3D (something we don’t see very often).

Using the mod tool called Riivolution, the WiiBrew gaming community has succeeded in pulling off a game we couldn’t pass up looking into. To put it simply, the software allows its users the ability to fiddle with the coding and content of retail game discs (something we don't recommend people make a habit of doing). But don't go out looking for the mod just yet, folks. Unfortunately for us, we won’t be getting our hands on this nice piece of Super Mario Galaxy heaven for some time. MrBean35000vr, a user of the software that posted a small Youtube video said:

The mod will not be available for a while yet... As may be apparent in the video, some things are clearly out of place; such as the HP meters, which not only aren't on-screen properly, but only show Player 2's HP...

In the video, players are brought back to the days of the floating island level of Whomp’s Fortress of Super Mario 64, having Luigi join in the fray with Mario. It’s too bad that the software has its flaws, since this looks like a great mode many co-op gamers would be dying to get their hands on.

The camera control is also proving difficult with the two screens, and so Mario and Luigi currently can't stray too far from each other (hence they're together a lot in this preview).

We’ll be sure to keep everyone updated on any major announcements of this amazing piece of work. Keep it up, WiiBrew!