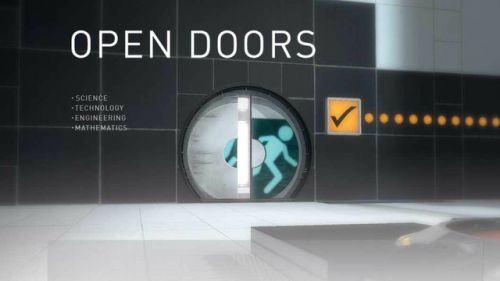 Normally, kids should absolutely dread going to summer school. In this circumstance, however, Valve has taken that notion and thrown it completely out the window, promoting their new education portal, “Steam for Schools”, with the help of Portal 2 this summer.

In the next step in “edutainment”, Valve has given schools the opportunity to apply for beta access in the program, which has included a smaller version of Steam featuring Portal 2, the new level editor “Perpetual Testing Initiative”, and a workshop for hosting and organizing user-created levels between students.

During and after the beta, this version of Steam will be absolutely free for all educators out there, and give them control over their students’ gameplay access. Valve’s Leslie Redd recently told the attendants of New York City’s "Games for Change" festival:

We have a limited version of Steam, which is called 'Steam for Schools.' And what we're doing is asking for teachers, after school programs, organizations – anywhere where there's a student relationship, which includes homeschooling – for them to submit a form to be part of it. It's still in beta.

At last year’s festival, Valve’s own glorious leader, Gabe Newell, spoke of furthering the initiative as one of his main focuses for the company, as he stated that Valve approaches video game entertainment no different than from educators. For a time, however, the level of access for everyone outside education will be limited, but hopes to allow more in the near future; as Redd put it, “Children need that walled garden,” first. For those who think that Valve is getting any government funding or outside grants for “Steam for Schools”, think again. Valve is doing pretty well for itself, having released one of the most commercially successful games of 2011, Portal 2, a little over a year ago. If anything, all Valve wants to gain from all of this is good public relations, as well as educating kids through gaming (For Science, as GLaDOS would put it).

Be sure to check out Valve’s “Teaching With Portals” website for more information on “Steam for Schools”.  It will be growing a lot in size over the course of the summer beta, so do give them your support! We can't stress enough how important a good education is, especially when co-op is involved.